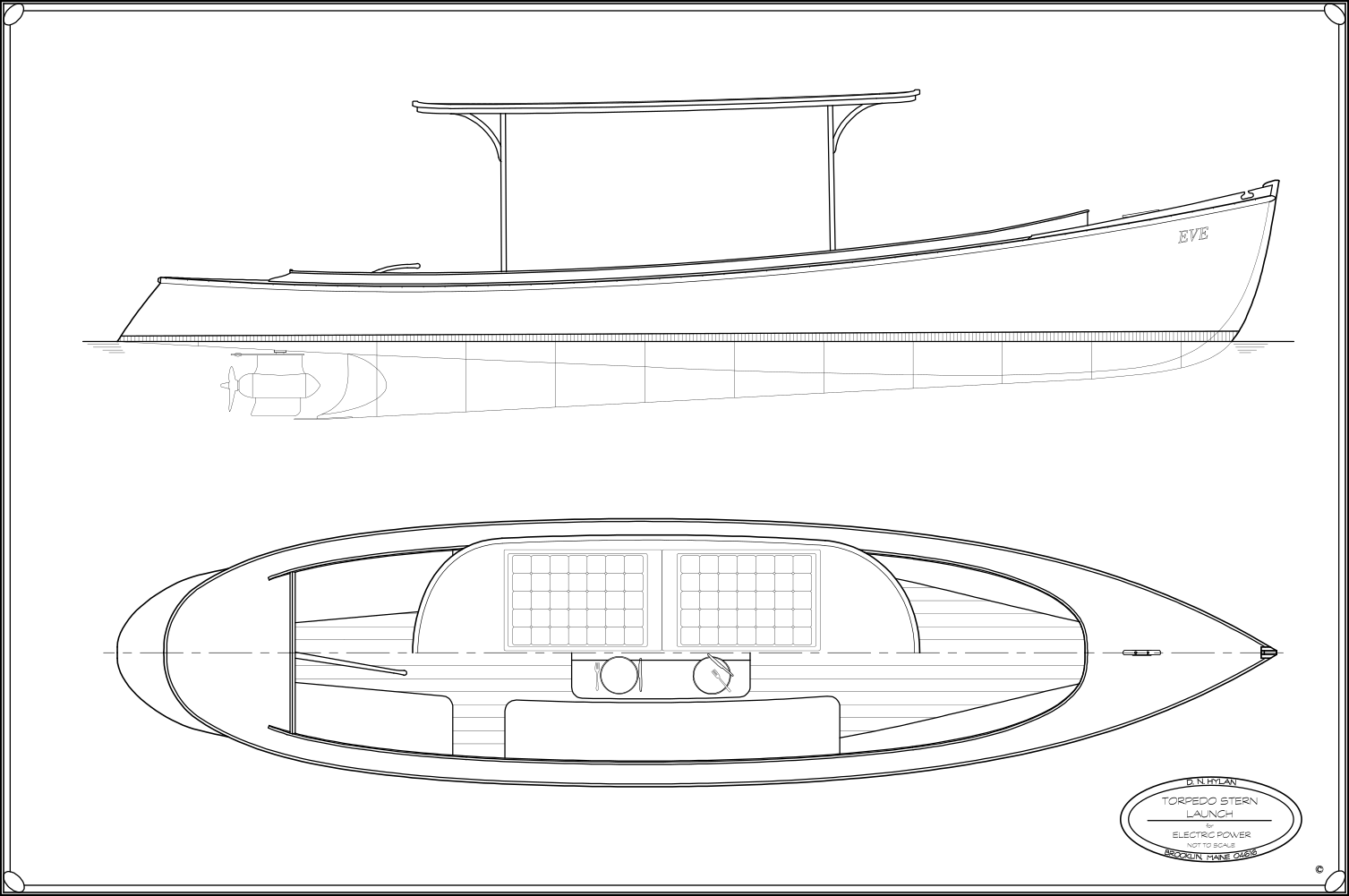 When it comes to beautiful, fuel efficient boats it pays to look back to the early lobster boats that raced home to Jonesport, Maine in the early 20th century. None were finer than the lovely torpedo stern boats of Will Frost, considered by some as the father of the modern Downeast semi-displacement hull form.

Frost was a dealer for the Red Wing Motor Company, which made a new breed of gasoline marine engine. Internal combustion in boats got its start with the one-lunger, heavy and low powered, but they were quickly embraced by fishermen who were happy to exchange the peace and quiet of sail for a more predictable schedule. Much later, converted automobile engines gave unimaginable power-to-weight ratios. But between the two came motors like the Red Wing – lighter and more powerful than the one-lunger, they made a new type of hull form possible.

Throughout most of maritime history, it was well understood that boats could only go so fast, and that speed was related to the waterline length – hull speed. Towards the end of the steam era, designers like N. G. Herreshoff found that hull speed could be exceeded, but only with more power, narrow beam and lightweight construction. The race was on! Will Frost was quick to understand the opportunities presented by motors like the Red Wing, and was eager to experiment with hull shape. And he worked in the period when even working men had a highly developed eye for beauty.

The ways of waves and water have not changed – hull speed boats are still the most energy efficient. But the ways of man haven’t changed much either – they still want to go faster. As a result of the astounding power contained within a gallon of petroleum, boat designers, builders and customers have engaged in a kind of nuclear arms race for speed without consideration for the costs. We have only recently discovered that the cost will be vastly higher than imagined, and that our children will be paying the price.

Electric power offers a way to have our cake, and eat some of it too. Just as Frost must have seen that the future of boating in the 1900s was petroleum, we can see that in the 21st century it will be electricity. Electric motors are well developed and efficient, available in any desired horsepower. But even the newest battery technology doesn’t come close to the energy storage density available in a simple tank of gas or diesel! To try to replicate our current power boating habits with electric power is a fool’s errand, at least for now. We can use time honored design methods – light weight and narrow beam – to help. But the real key to getting the most enjoyment out of electric boating is to slow down.

Many of us are ready for a different approach to our time on the water, focusing more on the journey, less on the schedule. EVE is designed for them. She is as lovely as the dawn and slippery as an eel, seaworthy enough for the coast of Maine, quiet enough to sneak up on wary seals. She would look equally at home riding to her mooring with the fishing fleet in Moosabec Reach, or tied up at the dock of a summer cottage. Imagine an evening wine & supper cruise!

Based on our experience with some recent electric installations, we can make the following conservative performance predictions for EVE with a 20 kW electric drive and a 20 kWh lithium ion battery bank:

The range numbers show the dramatic effect of slower speeds.

In addition, EVE’s top can accommodate four 116 watt solar panels. These panels would take about 9 average summer days to recharge a 20 kWh battery bank from 20% to 80% charge, as well as providing a small range extension on sunny days (most noticeable under 5.5 knots).