Inspired by the reconstruction of a 1950’s boat.

DIANA was built by Alvin Beal in the early 1950s on Beals Island, Maine. She incorporates the handsome low sheer and skeg construction that were a hallmark of that area.

In 2002, a new owner asked Hylan & Brown – Boatbuilders to rebuilt DIANA for use as a picnic boat for his Downeast summer home. The boats lines were lifted and her original construction documented. A new house and shelter were designed and the original propulsion system was re-configured. 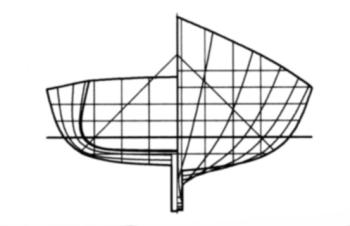 These plans will be of interest to students of Maine lobster boat design, as well as potential builders. Most early lobster boats were built from builders models, and little documentation exists. Plans consist of four sheets: lines & offsets, outboard profile, inboard profile and construction sections.