Nathanael Herreshoff designed Coquina for his own use in the winter of 1889, and used her for may years, perhaps longer that any other of his personal yachts. Herreshoff wrote in some detail of Coquina in his later life: “I sailed quite often, both summer and winter.” Surely such a boat, used so much and remembered so fondly by a man of Herreshoff’s means and experience, must have applications for today’s sailors.

This Coquina was the first replica built at Hylan & Brown – Boatbuilders to the plans developed by Doug Hylan and Maynard Bray in 2004. She is traditionally built with lapstrake cedar planking riveted to steam bent black locust frames. She has replica Herreshoff bronze hardware by J.M Reineck and Sons, sails by Center Harbor sails, hollow spruce spars and Shaw & Tenney oars. She’s been very lightly used and carefully stored for the last 12 years. Includes a galvanized EZ-Loader trailer.

This boat is “like new” in most ways. With a replacement value of approximately $35,000, it’s a fantastic value!  SOLD Photo is of sistership. 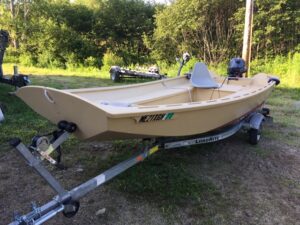 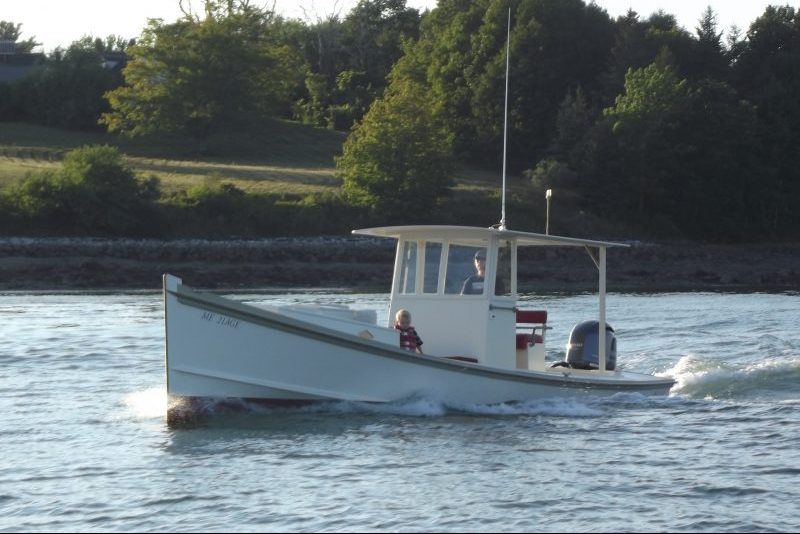 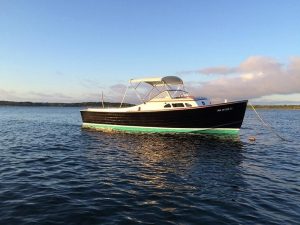