Designed by Laurent Giles and built by Cheoy Lee in 1964, this teak sloop received a new plywood deck overlay, transom, repaired garboard planks, and other refurbishments. 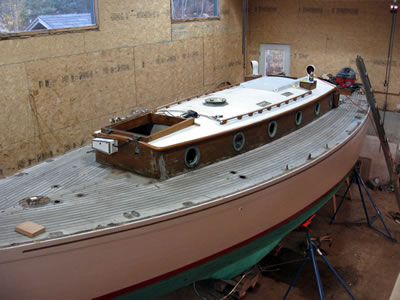 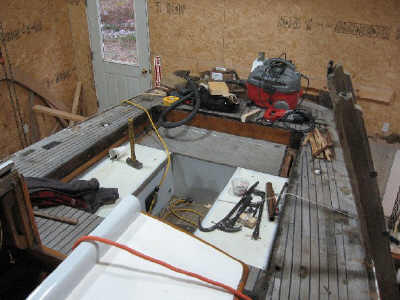 The teak cockpit coamings are removed as well, prior to removing the trunk cabin. 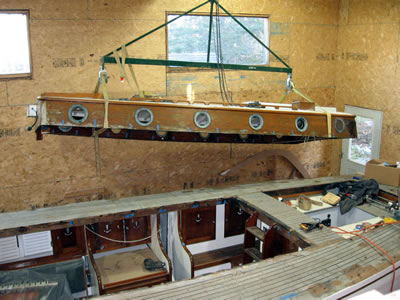 The trunk cabin was lifted off the boat to allow the installation of a new plywood deck overlay. 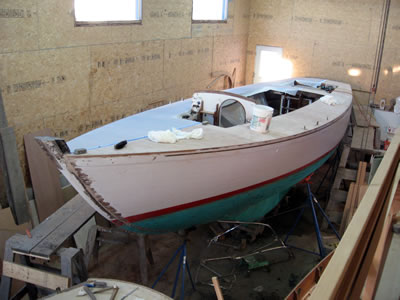 A new plywood deck overlay was installed, and this was covered in epoxy-saturated Dynel cloth. 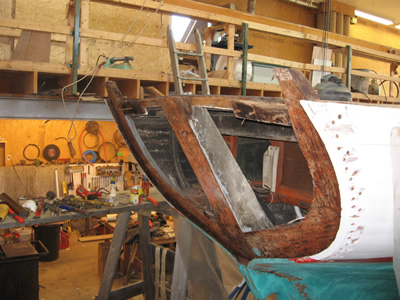 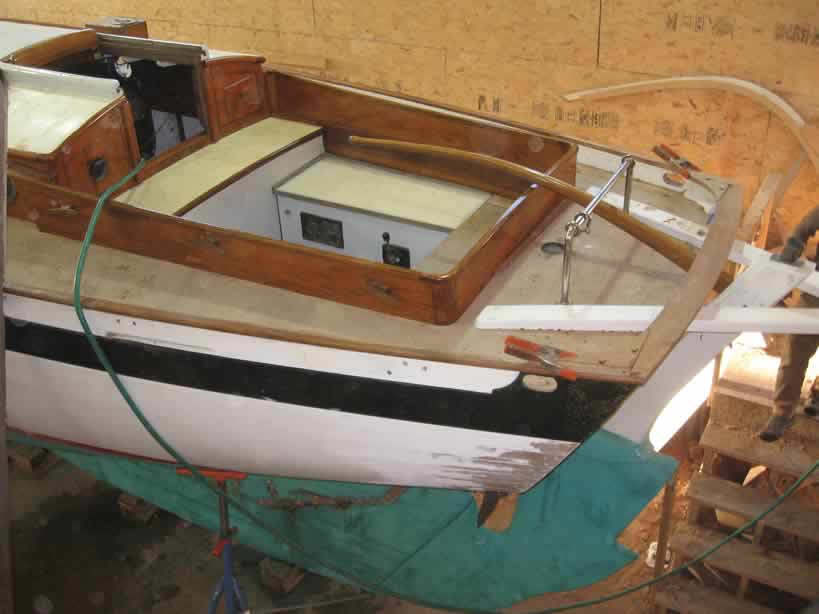 After the deck was completed, the teak trunk cabin and cockpit coamings were wooded, finished, and reinstalled. The original bulwarks were reinstalled, and here we see a new teak caprail and fir boomkin being installed. A new paint scheme–an off-white hull accented by dark green and pale cream decks–was developed for the boat. 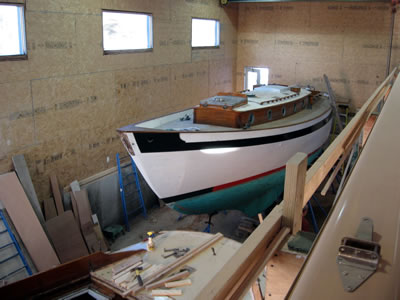 Here we see Kuan Yin is nearing completion, with finish work proceeding on the hull and hardware being reinstalled on the deck and trunk cabin.